Be entertained at a variety of attractions in Platteville, whether it is with bowling, the movies, the Veterans Honor Roll Memorial at City Park, our trail system, Katie’s Garden, or local history at four local museums. Platteville is proud to be home to the World’s Largest M, which stands for mining. 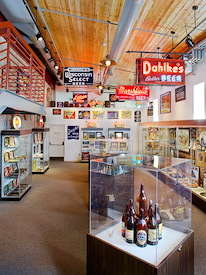 The ABA is a non-profit organization with 2,800 members worldwide that operates and funds the National Brewery Museum™ & Library. The ABA was organized in 1980 with the goal of establishing a non-commercial museum of brewery history for its members. The mission of the National Brewery Museum™ & Library is to inform the public on the history and heritage of the local breweries that most communities had and supported. These local brewers helped create the middle class life style we enjoy today. Local brewers were committed to the economic development of their communities just as the Potosi Brewery and ABA are today. To check out the latest information on the National Brewery Museum™ & Library, see The American Breweriana Journal, a 48 page bi-monthly history magazine that features in-depth brewery history articles, artifacts auction report, and the breweriana hobby. 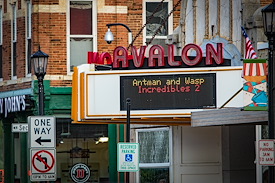 The Avalon Cinema in Platteville, Wisconsin, is a tri-plex theatre offering great movies at bargain 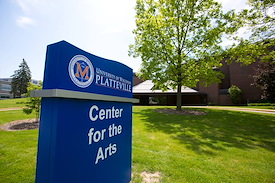 Enriching the Tri-States since 1983. The Center for the Arts (CFA) is located on the campus of the University of Wisconsin-Platteville. 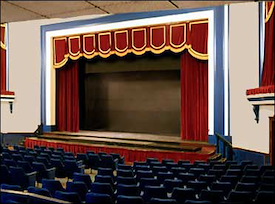 The Friends of Platteville Municipal Auditorium is a group begun in 2011 designed to support and encourage the usage of the auditorium in City Hall of Platteville, Wisconsin.

This vibrant company of enthusiasts are working to improve this valuable public venue for drama, music, dance, and live events in the area.

We hope to add more information over the coming months to aid in the utilization and restoration of this historic space. 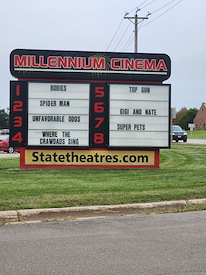 IT'S A GREAT DAY FOR A MOVIE AT THE MILLENIUM CINEMA" The Millennium Cinema is a 6 theatre complex located just off Business Hwy. 151 in Platteville, Wisconsin. See first run movies. Open 7 days a week. For show times go online to: www.statetheatres.com 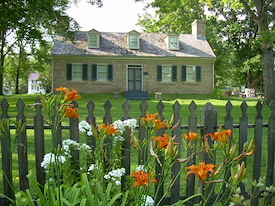 The Mitchell-Rountree Stone Cottage Museum was build in 1837-1838 by Reverend Samuel Mitchell and his second wife Eleanor Thomas. Mitchell, from Virginia, fought against the British forces during the Revolutionary War.Before 1820, the family began migrating westward, living for a time in southern Illinois and finally making their way up to Galena, IL, the hub of lead mining activity in a largely Native American world. Samuel became a Methodist Minister and while he had grown up on a plantation, he denounced slavery as an abomination.One of his daughters, Mary, wed another Galena migrant, John Hawkins Rountree. When Rountree came to this Platte River valley, the area was occupied by Ho-Chunk, Meskwaki, Sauk, and Menominee peoples. Lead miners and smelters were quickly moving into the region which caused disputes and warfare with Indians. Rountree developed a new mining camp which was called Platteville. He built a log cabin and smelting furnaces. The home was sold out of the family for a couple of years, but repurchased by John Rountree to give to his son Hiram Samuel Roundtree and his bride, Sophia Aspinwall Rountree. They took up housekeeping here in the late 1860s and raised 4 daughters in the home and farmed the 40 acres.The home, made of dolomite, a sedimentary rock, was originally 4 rooms, a pass-through hallway and a dining room el. The kitchen was in a separate building behind the house, connected by a walkway.After Hiram Sam Rountree died in 1884, Sophia was left to raise the four girls. She had an addition built to the house in 1890 to accommodate a new bedroom over the living room and a one story kitchen. Mother Sophia died in 1911, leaving the house and the remaining 5 acres of the farm to their second daughter Laura. Laura was an artist and musician. She never married, but instead dedicated her life to the arts and preserving her wonderful old home. In 1959 she chose to leave her home to the GCHS with the stipulation that she could remain there until her death.Through a large fundraising drive, the Society was able to help Laura, who was in her 90s, to build an indoor modern bathroom, put in hot water, modern heating, and electricity. When she passed at almost age 96 in 1966, the Cottage became a special gem for all to enjoy. 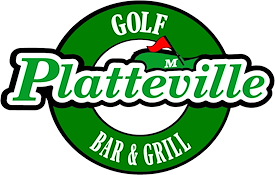 The Platteville Golf and Country Club is an 18-hole golf course laid out in the rolling hillsides of beautiful Southwestern Wisconsin. Everyone is welcome; we are open to the public. 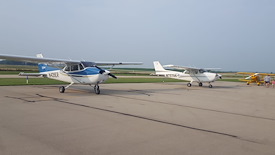 Platteville Municipal Airport is a city owned public use airport located three nautical miles (6 km) southeast of the central business district of Platteville, a city in Grant County, Wisconsin, United States. It is included in the Federal Aviation Administration (FAA) National Plan of Integrated Airport Systems for 2017–2021, in which it is categorized as a local general aviation facility. Although most U.S. airports use the same three-letter location identifier for the FAA and IATA, this airport is assigned PVB by the FAA but has no designation from the IATA. Facilities and aircraft Platteville Municipal Airport covers an area of 533 acres at an elevation of 1,024 feet (312 m) above mean sea level. It has two asphalt paved runways: 15/33 is 3,999 by 75 feet (1,219 x 23 m); 7/25 is 3,599 by 75 feet (1,097 x 23 m).

For over four decades, Russ Stratton Buses has been committed to providing safe, comfortable and affordable transportation services in the Tri-State area. We work diligently to ensure our customers experience enjoyable and worry-free travel.

We offer personalized shuttle services to every client and will work closely with you to determine your group's travel needs and objectives. You'll love our customized approach, as it means we'll meet your expectations while offering the lowest prices possible. 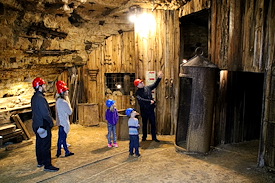 Your underground adventure awaits! Tour the 1845 Bevans Lead-Zinc Mine, ride in a 1931 mine train (weather permitting), and discover the local history of the Upper Mississippi Valley mining district.

The museum traces the development of culture in southwestern Wisconsin's Driftless Area starting with mineral mining, rural life, and the establishment of community. Galleries display fascinating and nostalgic models, dioramas, artifacts and photographs interpreting stories and music of home, school, farm and civic life in the Platteville region. Don't miss the fighting squirrels!

For a virtual tour, go to: https://www.youtube.com/watch?v=mm40rogkvqw 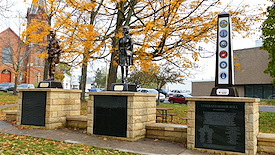 Located at City Park, the Veterans Honor Roll Memorial has 3,536 names of veterans from Platteville etched on the bases of the stone sculptures.